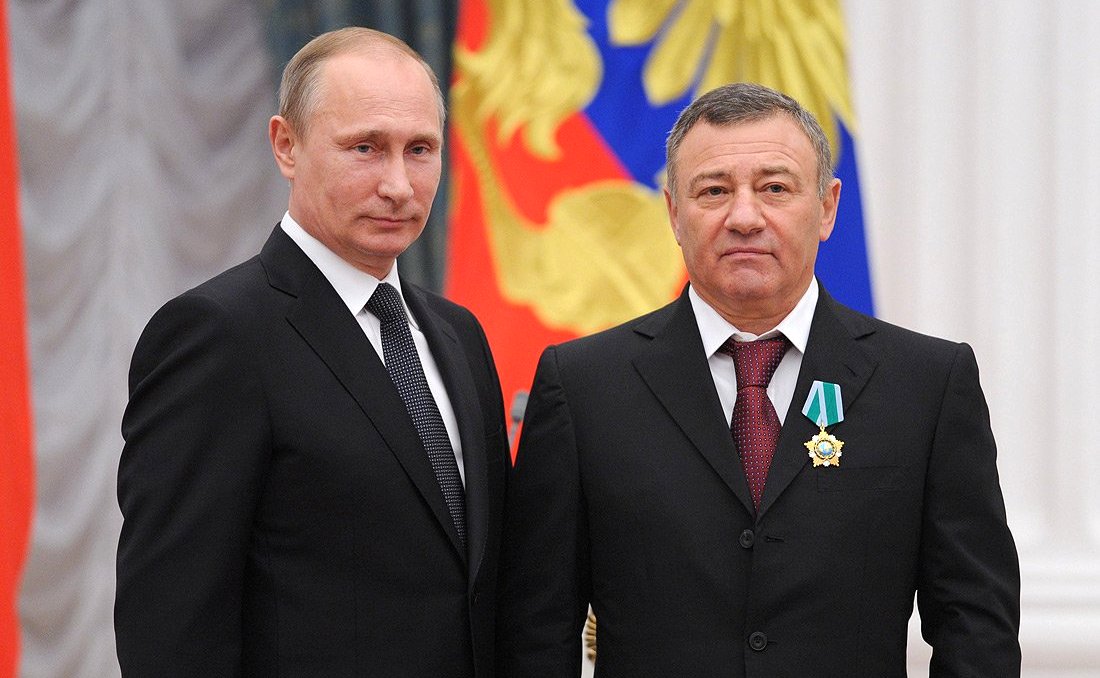 The Russian government awarded 46 million rubles (US$688,000) to Granat LLP to direct public discussions and conferences. Granat is entirely owned by Rotenberg according to SPARK, Russia’s corporate database.

A former judo partner of the President, Rosenberg has benefited from Putin’s friendship since he first took office in 2000. In his first year, Putin created Rosspirtprom, a new state body that took over 30 percent of the country’s vodka production, handing Rotenberg full control.

Rotenberg has since built a fortune of $2.4 billion, making him one of Russia’s wealthiest businessman His wealth is largely accumulated through Stroygazmontazh, Russia’s largest oil and gas construction group, co-owned with his brother Boris.

Stroygazmontazh was formed in 2008 when Gazprom, Russia’s state-owned energy giant, sold five construction and maintenance companies to Rotenberg. Since then it has remained one of Gazprom’s biggest clients.

The 2014 Winter Olympics in Sochi was a further windfall for the Rotenberg brothers, providing them with $7 billion of construction contracts according to the US Treasury.

As a result, Forbes named Rotenberg the “king of state orders” in 2016, a list that ranks Russian businessmen by the total value of state contracts they’ve won. He was awarded $9 billion in government contracts in 2015 alone. In 2016 this fell to $1.5 billion, leaving him in seventh place the following year.

Following Moscow’s annexation of Crimea in 2014, both the United States and the European Union issued sanctions against Rotenberg. He lost his Italian property empire and the ability to travel through the continent.

However, the businessman’s assets remain vast and diverse. The Paradise Papers, leaked from Bermudian law firm Appleby, revealed Rotenberg, along with brother Boris, bought three high-end private jets worth $100 million, using a tax scheme on the Isle of Man to avoid value-added tax (VAT) payments of about $20 million.

Published by the Organized Crime and Corruption Reporting Project