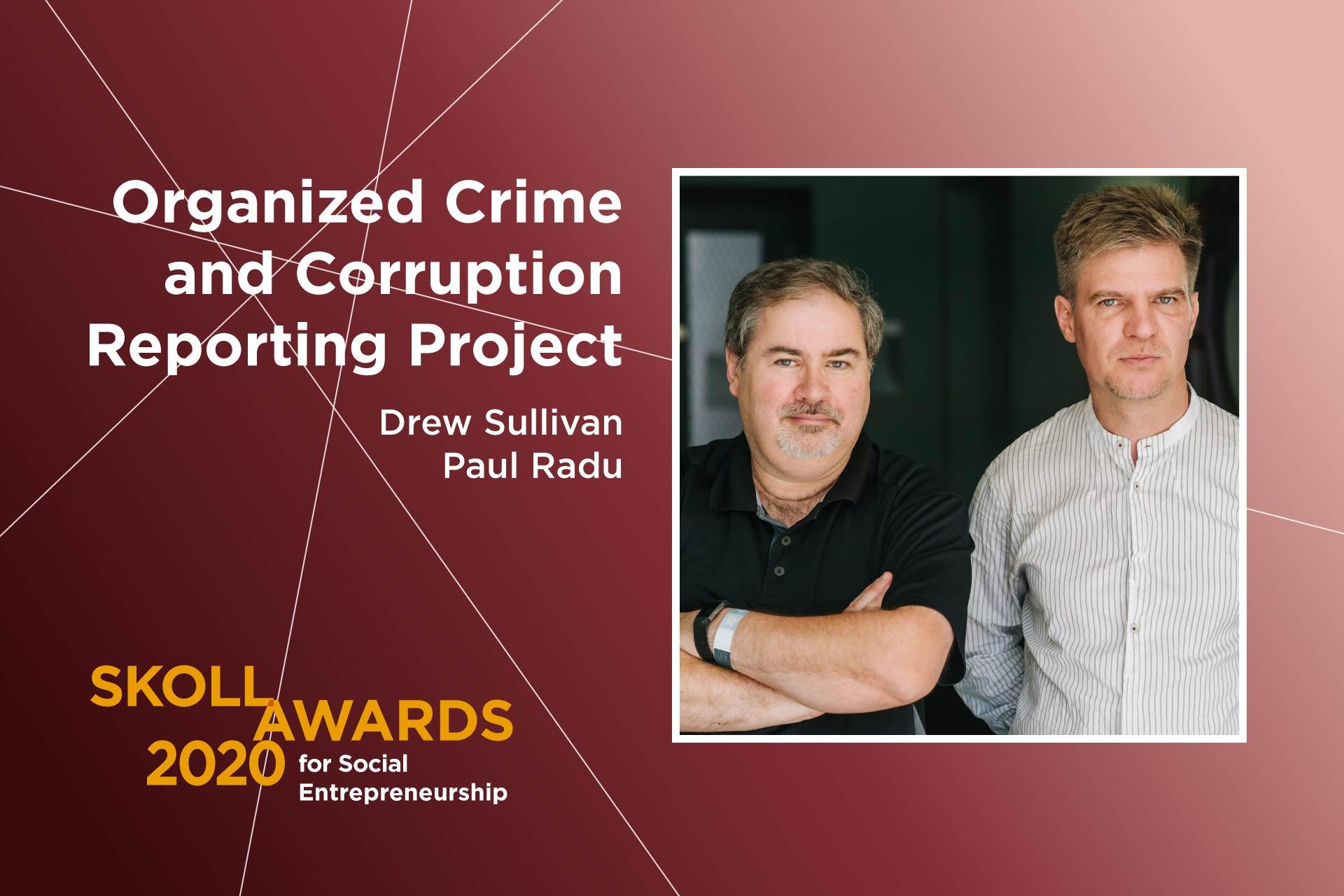 The Organized Crime and Corruption Reporting Project (OCCRP) has received the 2020 Skoll Award for Social Entrepreneurship, given to a select group of social entrepreneurs whose innovations have already had significant, proven impact on some of the world’s most pressing problems — and who are poised to scale that impact. The award includes a $1.5 million core support grant over the next three years.

“As the world fights a vicious global pandemic, it’s more important than ever that citizens around the world recognize how corrupt leaders and criminal networks are profiting at their peril. We also have to get ahead of the range of post-virus reconstruction activity ripe for malpractice,” said Paul Radu, co-founder and chief of innovation at OCCRP. “The OCCRP network has a unique role to play in holding power to account, and we are incredibly grateful to the Skoll Foundation for recognizing the power of investigative journalism at this pivotal time.”

The Skoll Award represents a significant investment in OCCRP’s efforts to develop and equip a global network of investigative journalists and to shine a light on the crime and corruption that continues to destroy lives, livelihoods, and democracy. OCCRP, which works across five continents and publishes more than 100 cross-border investigations a year, is the first media organization to be recognized in the 21-year history of the Skoll Award.

“As independent media continues to be threatened around the world, this alliance with the Skoll Foundation will help us to empower the small, nonprofit outlets in our member center network, which in some cases are the last independent voices in their countries,” said Drew Sullivan, co-founder and publisher of OCCRP.

With this year’s award, OCCRP joins Skoll’s global community of mission-driven civil society leaders, donors, storytellers, and policy leaders. “For OCCRP, changing the world hinges on how many people we reach with our reporting. This investment comes at such a crucial time for the organization, but it’s the partnership with Skoll and the wider community that makes this an invaluable opportunity for maximizing our reach and impact,” said Camille Eiss, OCCRP’s chief of global partnerships and policy.