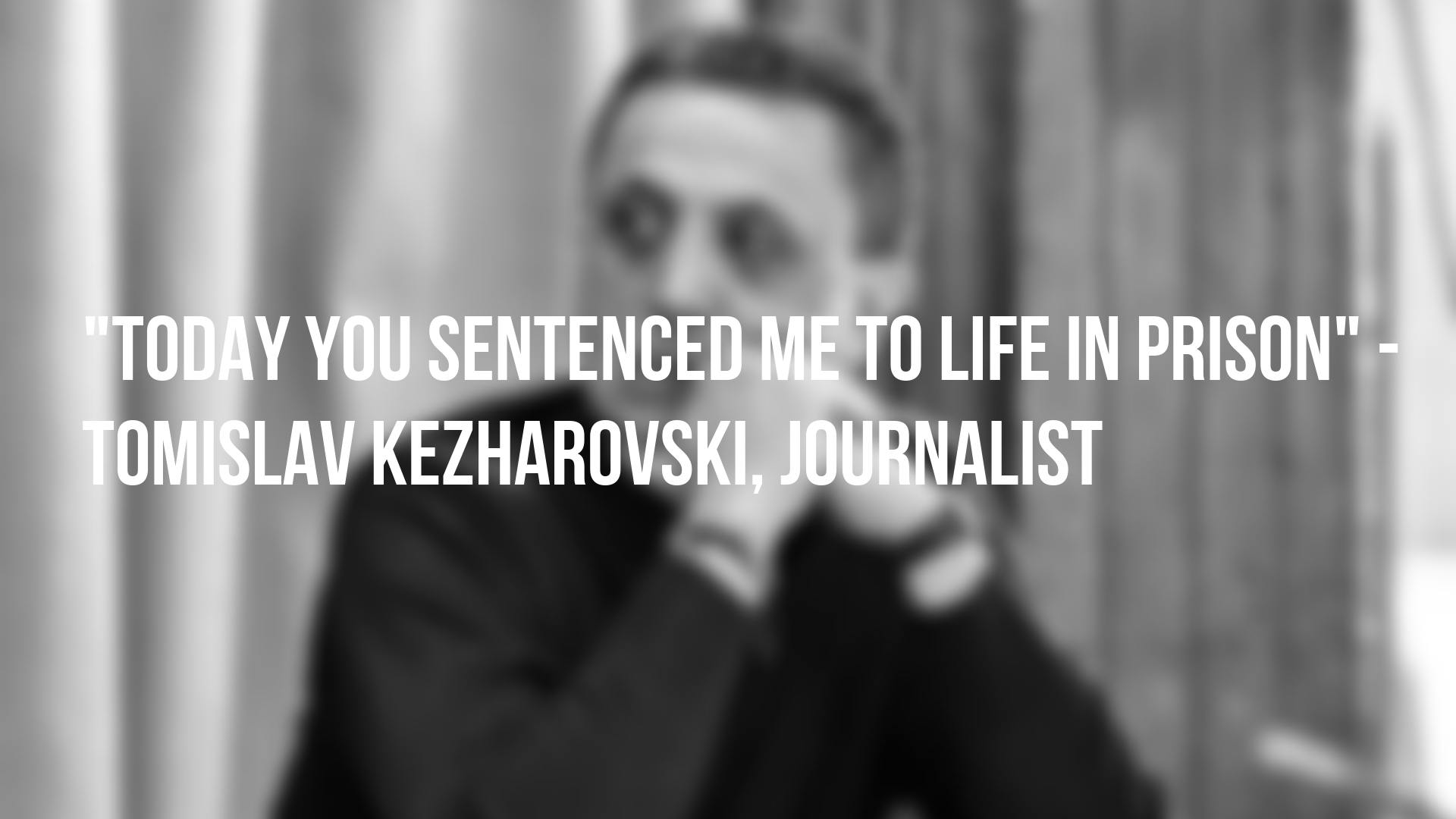 Kezharovski: Today you sentenced me to life in prison

Failing to stand trial for the “Liquidation” case, for journalist Tomislav Kezharovski represents a defeat, not a triumph. Kezharovski is angry because he will not be tried because of obsolescence, not because he is innocent.

“In 2013 I was sentenced to 4.5 years in prison, in 2015 Court of appeal said ‘only’ two years. And today the “Ruskovska” prosecution sentenced me to life in prison,” Kezharovski responded on his Facebook profile, noting that he would not give up his fight to prove he did not commit a crime.

The case “Liquidation” relates to an event linked to the 2005 murder of Lazar Miloshevski in Oreshe, Veles, in which eight people were convicted of various crimes.

Kezharovski was sentenced to four-and-a-half years in prison because, according to the verdict, in 2008 in two consecutive issues of the Reporter 92 journal, he announced the protected witness’s identity in this court case, which he claims does not correspond to the truth.