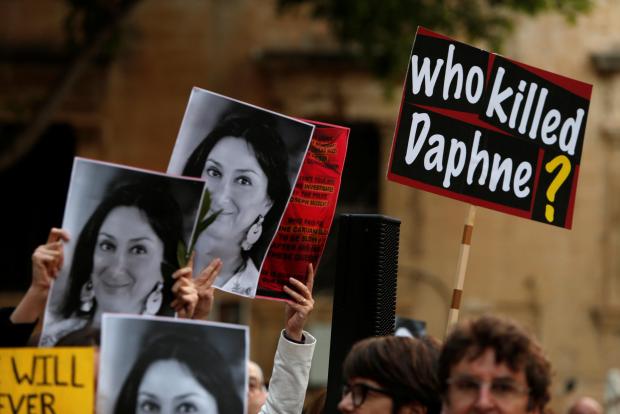 The European Central Bank has revoked the licence of Malta’s Pilatus Bank after its chairman was arrested in the US on money-laundering charges.

Malta’s Financial Services Authority announced the move, saying it had called on the ECB to take action.

Journalist Daphne Caruana Galizia, who was killed by a car-bomb a year ago, accused the bank of processing corrupt payments.

The EU has been investigating the bank ever since her murder.

However, it was not until March that the Maltese authorities froze the bank’s assets, following the arrest of its chairman, Ali Sadr Hashemi Nejad.

According to an indictment filed in a federal court in Manhattan, he is accused of involvement in a scheme to evade US economic sanctions against Iran.

The Maltese FSA recommended withdrawing the bank’s licence in June, but the process took longer than expected because of legal obstacles, the ECB has said.

Caruana Galizia reported on Malta for the Panama Papers investigation into offshore accounts which conceal secret payments to politicians and other powerful figures.

She accused Pilatus Bank of various crimes, including dubious payments to senior Maltese and Azerbaijani figures.

Three men suspected of killing her – brothers George and Alfred Degiorgio and their friend Vince Muscat – were arrested during a police operation in December 2017.

They were charged with murder and pleaded not guilty at a court hearing. They remain in custody.